Wingstop’s chicken wings come in myriad flavors. So it can be a tad confusing when deciding which one to pick for your Friday game night.

You might find yourself wondering: what is the best option with low spice? Would their Original hot sauce be spicier than Mango habanero? What is an Atomic flavor?

We are here to give all these questions some answers and put your confusion to rest. To ensure that you only get that flavor that suits your palate the best, we have ranked the top 11 flavors of Wingstop.

This is the tenth flavor that was introduced by Wingstop. It sure gets a ten on ten for packing a punch.

Louisiana Rub by Wingstop is for those who like their wings crispy rather than drenched in sauce. It’s a dry rub wing, with a strong garlicky taste and a mouth-watering blend of spices that includes paprika and a hint of pepper. To this, add a few shakes of oregano and cayenne, that’s what the Louisiana Rub tastes like.

In fact, all these spices together unfailingly bring about the lip-smacking Cajun flavor that hails from the Southern State of Louisiana. Probably, that’s why the name. Try it you must. Preferably with a generous dip of blue cheese.

This dry rub sauce is one of the most popular and well-liked flavors at Wingstop. It is low on heat, really one of the lowest spice levels in the spectrum of sauces that Wingstop offers.

Having said that, it has a potent combination of sour and peppery flavors. The citrus taste of the lemon comes through strong. Perfectly balancing that is the rather penetrating and sharp taste of the black pepper.

The two flavors do their magic, combining nicely with the breaded chicken and oil, to give it an enticing taste that is like none other. Try Wingstop’s lemon pepper wings with a generous dip of ranch, and you might just forget every other flavor.

Just the color of the sauce should tell you that this one is not for those who have a delicate spice-sensitive tongue. This sauce is hot. Very hot. In fact, Wingstop gives it a four out of five on the heat scale. You will enjoy this one thoroughly if your tolerance for spicy food is high.

The deep red color of the sauce comes from the combination of Wingstop’s original hot sauce and Louisiana rub flavors. The creative concoction gives the chicken that’s coated with it a fiery red color.

The best way to mellow it down a bit is by having cajun wings with cool ranch. The heat lingers even a few minutes after you are done tasting it. Have some cold beverage to wash it down.

The spiciness comes from the Sriracha sauce and the crushed red pepper. It’s fiery, no doubt. But not overwhelmingly so. You won’t be left wanting to gulp a jug of water soon after a bite of spicy Korean glazed wings.

This is because the heat from the sauce is balanced by the pleasant sweetness that is brought in by the honey. The flavor has been cleverly concocted to make sure that the sweetness is not overdone.

What also adds to the play between sweet and spice are the flavors of ginger and garlic that come through in every bite.

‘Intense’ is the word that comes to mind when describing this sauce. This flavor, like Wingstop’s Spicy Korean Q, has that finger-licking goodness of sweet and spice. But with this sauce, Wingstop has taken things up a notch.

The spiciness that comes from the habanero pepper can make you break a sweat. There is also the heat from the Cayenne peppers that gets your tongue tingly. But what really makes this sauce an-almost thrilling option to go for is the intense sweetness of the mango.

The tropical fruit aims to drown the spiciness. But the result is a dramatic sensation in your mouth.

This is Wingstop’s sweetest creation. Chicken tenders drenched in glossy deep red Hawaiian sauce are quite a tempting sight. One would imagine that they would explode a hot spice bomb in your mouth. But take a bite, and you are in for a shockingly sweet surprise.

The dangerous-looking chicken tender is actually sweet and tangy. It is not devoid of spiciness, but the citrus flavors dominate it. This results in an almost playful tropical flavor. Almost a fruit-like sweetness.

This is one of those flavors that you may love to bits or hate. But no matter, what we can guarantee is you won’t forget your first bite.

This is your classic Buffalo sauce. Don’t hesitate to set your expectations high before tasting this one because it checks on everything that you probably would want in your ideal hot sauce.

It has that familiar tangy and vinegary flavor that compliments the fat and salt in the chicken. Also, as the name suggests, it is indeed a hot sauce.

The heat level is definitely higher than some of the other sauces that are part of Wingstop’s menu, like Hawaiian or lemon pepper. However, the spice level is not overwhelming and definitely manageable, though the deep neon red color can make you a little hesitant to try it without a cup of water close by.

This is the first sauce that Wingstop introduced and it has continued to remain one of their most popular ones.

No, we are not talking about pasta seasoning. Garlic parmesan is a dry rub that Wingstop offers as a flavor on its chicken wings and tenders. It is not a common flavor for a drumstick, but once you are introduced to it, believe us, it is love at first taste.

It is very mild in terms of the heat. All you get is a pure and strong flavor of garlic in every bite. That, along with that addictive taste of parmesan flakes makes garlic parmesan wings one of the best comfort foods.

The chicken rubbed with garlic and parmesan is crispy and rough to the touch on the outside, while the inside is soft and moist.

This flavor is one of those options which you can unhesitatingly go for when you are confused with which one to pick. What could go wrong with garlic and cheese, after all?

If you thought that Wingstop’s Original hot sauce was hot, then wait till you try the Atomic. It is the hottest of the entire selection of sauces that Wingstop has to offer.

On a scale of one to five, one being the least hot, five being the most, this one is a five! We weren’t kidding. Atomic sauce is for those who are the biggest fans of tear-inducing peppers.

Having said that, the sauce also has a truckload of spices. So it’s really a cruel joke, as you want to have more of it, but cannot because of the heat.

We suggest starting off with just a taste. See where that takes you.

Orange Szechuan is the new, limited-time flavor at Wingstop restaurants.

Wingstop’s newest flavor is the perfect mix of sweet and spicy, with a hint of mandarin orange. It is similar in taste to orange chicken found at a Chinese restaurant.

The sauce is created by blending a proprietary mix of tangy citrus sweetness with a touch of spice according to the company.

If you are a fan of BBQ sauce in general, you know that the more smokey the sauce is the better. Wingstop’s Hickory smoked BBQ – one of Wingstop’s most popular flavors – has a significantly strong smokey taste.

In fact, order a plate of chicken tenders coated with the sauce, and you would think they are right off the grill. It’s surprising how they have managed to infuse that level of smokiness into the sauce, without compromising on the other flavors that you expect in a BBQ sauce. Yes, Wingstop’s BBQ sauce is sweet and tangy and has enough heat just to balance the flavors.

This would easily be the popular choice in any room, given its bold flavor that doesn’t become overwhelming at any point.

Are you one of those who keep a mile away from red-hot chili? If yes, you may rejoice because the flavor is designed to keep you in mind.

Except for the spice level though, the taste is pretty much the same as the hot sauce. Mild sauce has that smack of vinegar that is characteristic of their hot sauce. That apart, it also has a faint hint of sweetness.

Wings drenched in this sauce are so easy to consume that before you know it, you might have eaten enough to regret. You have been warned. 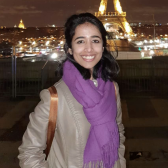