The First Look and Bite

They appear very distinct from each other. Sardines are larger fish than anchovies. You can also notice that Anchovies are oily than Sardines, even though the two are commonly called Oily, salt-water fish. Even after the curing process, the two can easily be recognized with the color of their flesh; Anchovies with dark-red flesh and Sardines with white flesh. Thus, it is proved that Sardines and Anchovies got a lot of differences when it comes to their looks.

The moment you hear Anchovies, think Umami. Yes, the fifth flavor variant discovered by the Japanese. Anchovies are so full of Umami. With their strong flavor that is attained during the curing process, Anchovies stay distinct from Sardines. Though they carry the fishy taste, it is far less over-powering and is not as aggressive as Anchovies.

Sardines instead of Anchovies or vice-versa?

No! The taste, texture, and temperament of the two fishes are incredibly different for one to take the place of the other. The less meaty, aggressively flavored Anchovies easily fuse with the entire dish, making it taste as ‘Umami’ as it can. Sardines, on the other hand, are laid-back in merging with the ingredients. It remains meaty and does not mix the flavor in as much as Anchovies.

Though both these fishes are distinct in various characteristics, they are both rich in healthy nutrients for the human body. Anchovies and Sardines are packed in several types of nutrients like potassium, proteins, Vitamin B, etc. Low amounts of mercury and high levels of Omega 3 fatty acids, make them the right dietary choice.

Anchovy dressing for Caesar salad is a popular recipe followed by many. It uses the emulsified mix of canned anchovies with herbs and other ingredients for a delicious salad dressing. Can we use Sardines in the place of anchovies here? No. The meaty texture of sardines does not emulsify to the required level and the dressing would be a disaster. Hence, it is always advised to choose anchovies over sardines for salad dressing.

There are many who go against the idea of tinned fish on pizza. But, it is to be noted that the original recipe of Pizza Marinara, followed around Rome had the addition of salted anchovies. This was due to their abundance and affordability. The flavor-packed anchovies gave a salty-fishy taste to the pizza and it became a widely accepted topping. As time passed on, people started disliking the salty little fish bits in their pizza topping. Anyone who said he liked anchovies on his pizza, became a “weirdo”.

After all the history, we are stuck with a question; “Can sardines replace anchovies on a pizza?”

A very common answer would be “No”. Many would go out to say that they can manage anchovies on a pizza but never sardines. This may be due to their mellow nature, not merging in with the other toppings. Anchovies, on the other hand, give a good bite of flavor to your pie or pizza.

Check out different recipes using anchovies and sardines, to experience the distinct tastes of the two. 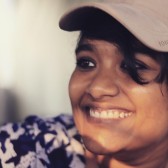 Vineetha is a freelance content writer with passion and interest in all genres of literature. She is engaged in the field of content creation as a scriptwriter and is aiming to grow and explore the opportunities. She has been the part of several documentaries as the writer and is open to experience the cultures, customs, and characters of different people. Books, music, and travels are things that can excite her at any time.