Carbonated water is a broad term that applies to many drinks. You can use this term for seltzer, sparkling water, soda water (club soda), and tonic water. Interestingly, these are different drinks with minor but significant differences.

So, are you eager to find out what sets them apart?

Read on to demystify the different types of carbonated water.

Sparkling water is sourced from springs or wells. This naturally occurring water undergoes several levels of filtering as it passes through various layers of rocks. Hence, it has minerals like sodium, calcium, and magnesium. The amount of total dissolved solids in sparkling water depends on the source from where it was bottled. The proportion of minerals creates a unique taste for the water. So, the sparkling water from two different sources will not taste alike.

Most sources of sparkling water are remote and difficult to access. So, sparkling water is usually more expensive than other types of water. If you consume sparkling water to increase your intake of specific minerals, take care to read the label carefully. It will help you choose a brand with higher amounts of the minerals you want.

Seltzer refers to any water with carbonation. Interestingly, this beverage gets its name from Selters, a German town that is famous for its natural springs.

The main difference between seltzer and sparkling water is that seltzer is a manufactured product. Additionally, it does not have any minerals. Unflavored seltzer resembles still water with bubbles added.

Some brands make seltzers with natural flavors. Since there are no minerals in the water used to make seltzer, the flavors stay intact. Seltzer was probably introduced as a cheap but exciting alternative to sparkling water. But it continues to have many takers even today.

Seltzer is plain water with carbonation. Soda water is seltzer with added minerals.

When you add minerals like potassium sulfate, disodium phosphate, sodium chloride, or sodium bicarbonate into carbonated water, you get soda water.

Sparkling water has naturally occurring minerals. However, the water used in club soda is devoid of any natural minerals. The minerals are added with the carbon dioxide to create the carbonated beverage.

The taste of club soda depends on the mix of minerals in it. Manufacturers usually vary the mineral mix according to the taste and nutritional profile they wish to deliver. So, club soda from different brands tastes different. Nonetheless, soda water is usually saltier than seltzer due to the presence of minerals in the water.

Just like soda water, tonic water is also carbonated water with added minerals. However, tonic water has an additional unique ingredient that produces a distinct taste. The “tonic” part of tonic water comes from a compound called quinine.

You may already know that quinine is used to treat malaria. Well, tonic water was originally made for the exact purpose.

When malaria was a common disease in tropical countries quinine was an effective remedy for it. This compound is derived from the bark of cinchona trees. When quinine is added to carbonated water, you get tonic water which is easy to administer to malaria patients. Quinine gives tonic water its bitter flavor.

Since quinine can make tonic water very bitter, most manufacturers use only trace amounts these days. They add just enough quinine to obtain the characteristic taste of tonic water. Hence, tonic water is not as bitter as it once used to be. Manufacturers also add high fructose corn syrup to the mix to mask the bitterness.

The bitter flavor of tonic water goes well with gin and vodka. So, it is commonly used as a mixer in cocktails.

Most forms of carbonated water have only a few additional ingredients. However, tonic water has sugar syrup which makes it less healthy. Hence, it is not the ideal choice for hydration purposes.

To wrap it up…

Carbonated water refers to any type of water-based beverage with carbon dioxide in it. However, if you dig deep, you will find that carbonated beverages fall into four main categories: 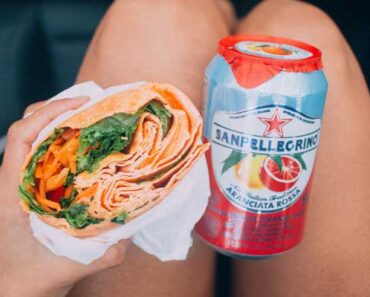 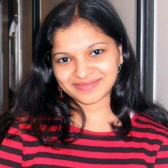 After a brief stint in a corporate role, Sapna decided to pursue her biggest passion—Writing! She is now a full-time freelance writer, engaging her diverse educational qualifications and extensive travel experiences to create content that inspires and educates. Constantly on the lookout for new things to learn and fresh ideas to explore, her philosophy is that is never too late to do what you love. She is also an avid reader, travel enthusiast and trained classical dancer.