I mean, both names start with “gochu”, so they must be the same thing, right?

The only common denominator between both ingredients is gochu or Korean red pepper. On the Scoville heat scale, Korean gochu is rated between 5000-8000 SHU, meaning mild to moderately spicy.

Gochu is both biologically and flavor-wise different from the more popular Southern Asian and Central American red peppers.

The complexity and depth of flavors it lends to fermented foods like gochujang or kimchi cannot be mirrored by red pepper or cayenne.

The most basic difference between gochujang and gochugaru is that the former is a paste made with gochu while the latter is simply ground gochu pepper.

But there’s a lot more to it. Here’s a detailed breakdown:

About Gochujang and It’s Uses

Gochujang is a fermented chili paste used in a plethora of dishes to level up the flavor profile. It’s a medley of gochugaru, fermented soybean paste or doenjang, glutinous rice, and barley malt powder.

The signature sweet note of gochujang comes not from refined sugar, but the saccharification of the starch present in glutinous rice.

Definitely not. Sriracha is a way milder and the addition of vinegar makes it slightly acidic. Gochujang’s complex flavor profile is a mixed bag of meaty depth, pungency, spiciness, saltiness paired with a hint of sweetness.

However, if you don’t have gochujang, you can still sub it with sriracha by mixing it with red miso, dark soy sauce, and some honey or brown sugar to offset the acidity.

So, What Can Gochujang Be Used for?

Thinking about tapping into Korean cuisine, perhaps some Korean-style grilled chicken, stir-fried pork, or bulgogi? About a spoonful of gochujang paste is all you need to make your dishes sing. Apart from these dishes, you can also put gochujang in:

The list goes on. It works amazingly well as a marinade for barbecue meat as well.

Is Gochugaru the Same As Regular Red Pepper Flakes?

Not really, these vibrant, red-colored Korean hot pepper flakes taste noticeably different from paprika, red pepper flakes, and other common hot peppers we use in the States.

Korean gochu is a love ballad of smoky and sweet flavor. Therefore, it will be hard to substitute Korean gochu with any other chili.

Gochugaru comes in two forms – one is finely ground and the other is crushed to flake size. I find the gochugaru flakes more versatile but if you are making stews or soups, the pepper powder will be a better option.

Can I Use Gochugaru Instead of Gochujang or Vice Versa?

Depends on your dish but I won’t recommend replacing gochujang with gochugaru unless you really have to. Even if you do, beef up the gochugaru with red miso, rice vinegar, honey/brown sugar, and some sesame oil.

You see, gochujang isn’t a one-note ingredient. It’s a thick paste that also includes the pungent, salty flavor of fermented soybeans and the sweetness of glutinous rice.

On the other hand, gochugaru is just Korean chili flakes or powder. Yes, it will give any dish you put in it a mellow sweet & smoky flavor, but gochugaru, on its own, cannot be a replacement for the mighty gochujang.

As for using gochujang instead of gochugaru, you can do that for stir-fries and stews.

Remember that gochujang is a thick, sticky paste with a strong flavor. So if you use it in a dish that specifically calls for gochugaru, it can alter or worse, overpower the dish. So, I’ll leave this decision to your discretion.

I hope this quick guide clears up every bit of confusion you had about the difference between gochugaru and gochujang. If you can, stock up on both and you will be whipping up some fiery, mouth-watering delicacies in no time. 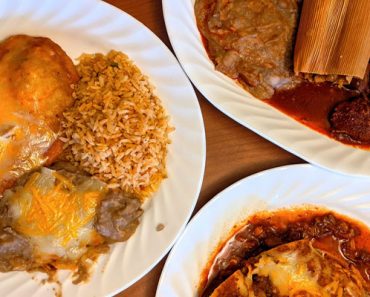 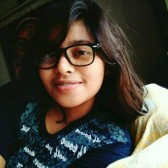